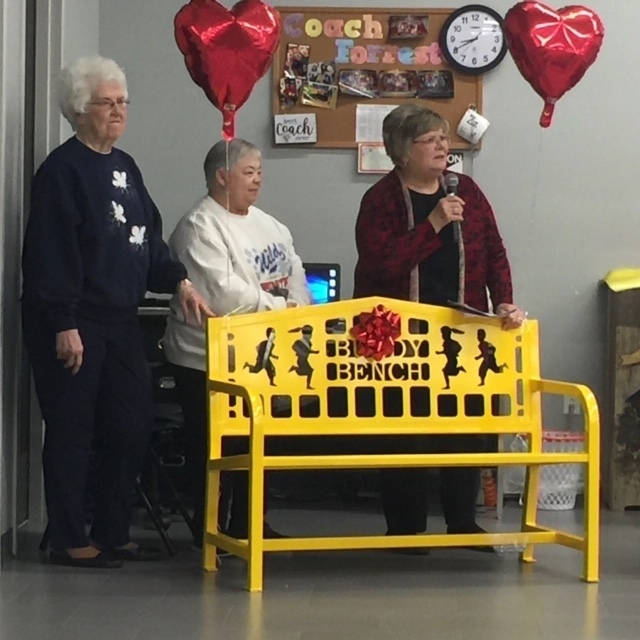 The group donated a Buddy Bench to be placed on the playground at the new elementary site. The bench designed in 2013 by first grade student Christian Buck from York Pennsylvania was supposed to be a place for students to sit and talk with others about anything they wanted. It was to be used by those feeling alone and needing someone to talk to, or a place where lifelong friendships could begin all because of a first conversation. While researching schools in Germany where Christian was told he would soon be moving to, he discovered friendship benches being used in schools in Europe. He spoke with his parents and then his principal about installing a bench like the one he saw at his school Roundtown Elementary.

The idea took off and now the Buddy Bench is located in schools across America and the world.

TECC pre k and kindergarten students were surprised with the gift on February 8 by some familiar faces. Three of Tecumseh's favorite and former primary teachers Sandy Prince, Liz Cope and Sherri Johnson made the presentation at a special assembly.

Each student also received a book explaining the story of The Buddy Bench.