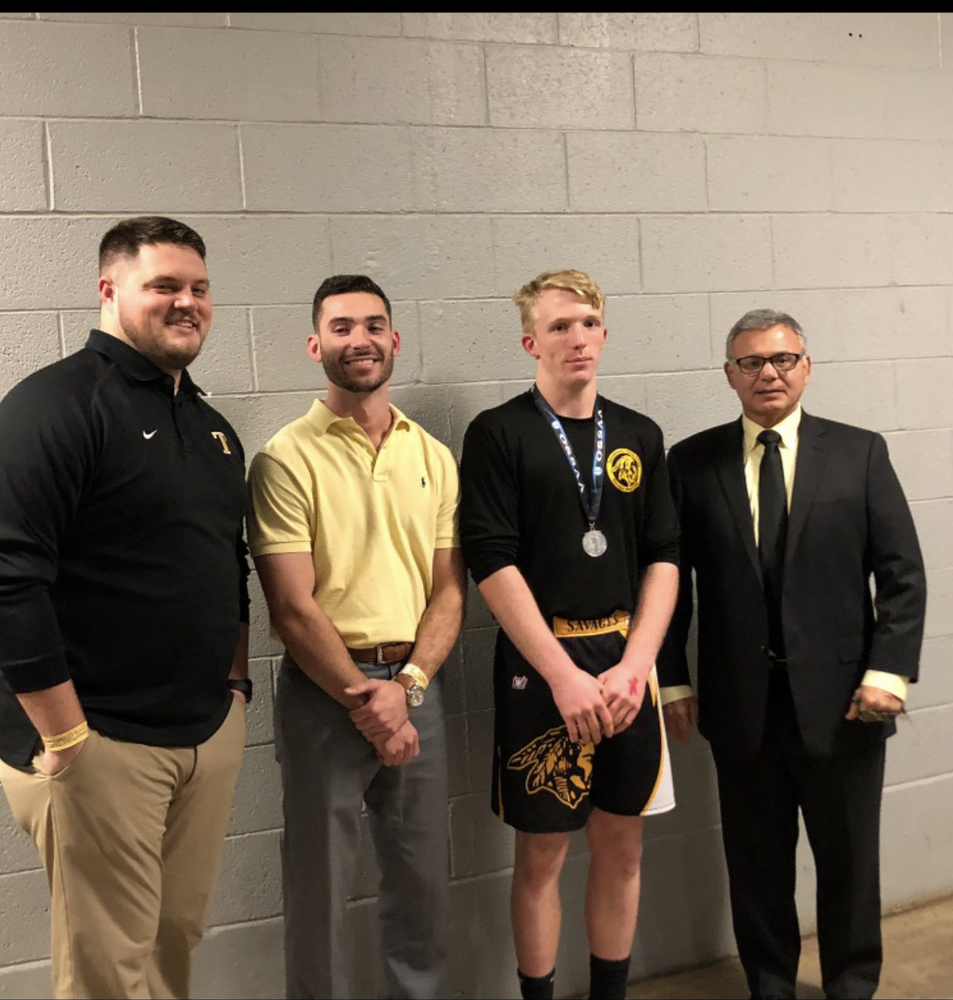 Senior Tyler Bingham made his second straight appearance at the state tournament for Class 4A wrestling and brought home a state runner up honor.  Bingham earned his place onto the state mat after finishing as regional runner up the week before.

He entered the state tournament with a 29-6 personal record and qualified for the finals match after defeating Jaden Welden of Mannford 5-2 in the quarterfinals and Colt Hixson of Weatherford 7-1 in the semifinals.

Dustin Plott the finalist from Tuttle proved to be too much for Bingham in the championship round by winning with a pin. Plott was defending champion in the 160 lb weight class for 2018. Tuttle won its 11th consecutive team title and had six individual champions.

Bingham finished his season at 31-7 and was the only Savage wrestler that qualified for the state tournament.  The Savages are coached by Roger Roberts, Blaine Atchley and Phillip Spess.