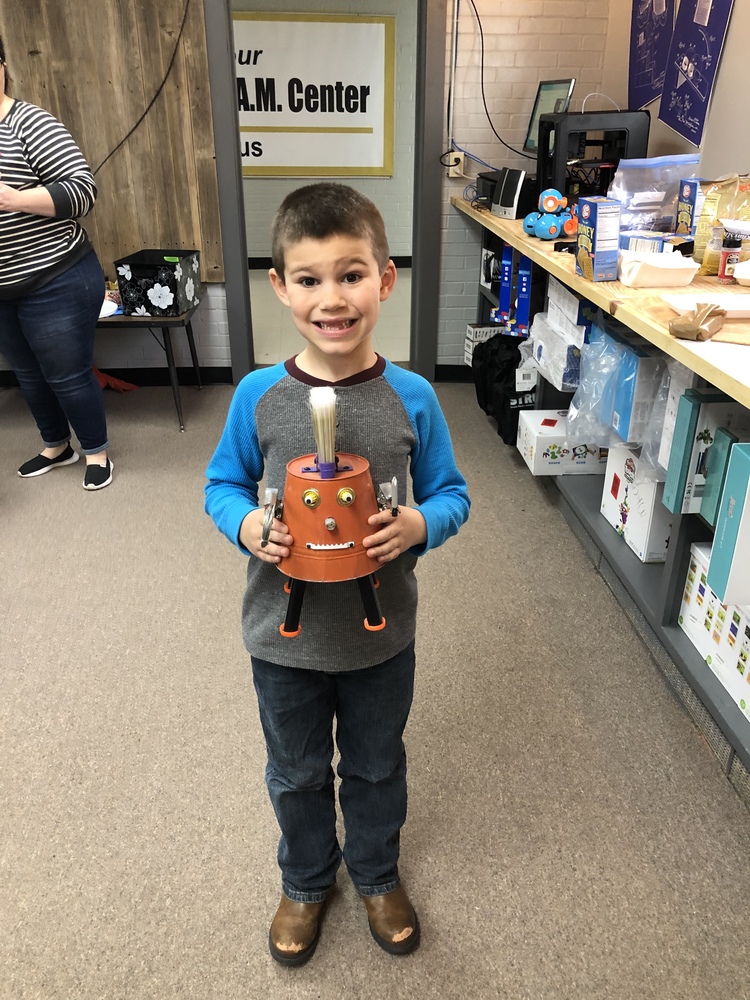 Future tech engineers were celebrated at the private grand opening of the Krouch College and Career Center on December 18. Students from two first grade classes were selected as winners in the Steam Punk competition and treated to an ice cream sundae party and gingerbread house construction project on December 18.

Classes were challenged to design and build a robot from scrap metal that could fit in a shoe/boot box. The contest entries were then voted on by high school students currently enrolled at the Krouch Center. Class winners in first place were Mrs. Erika Smith’s class for Kate the Builder and second place went to Mrs. Kristin Taron’s first grade group for their entry called TNL - Together We Never Lose.  Best individual award went to Jackson Wiseman who built Bucket Bot. Other student groups who competed were from Donaghey, Wilson, Finch and McClure’s classes. 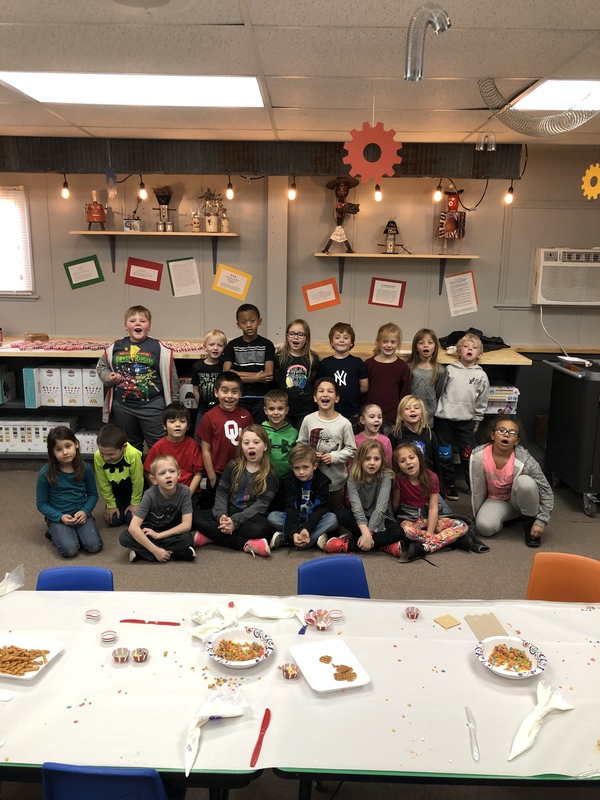 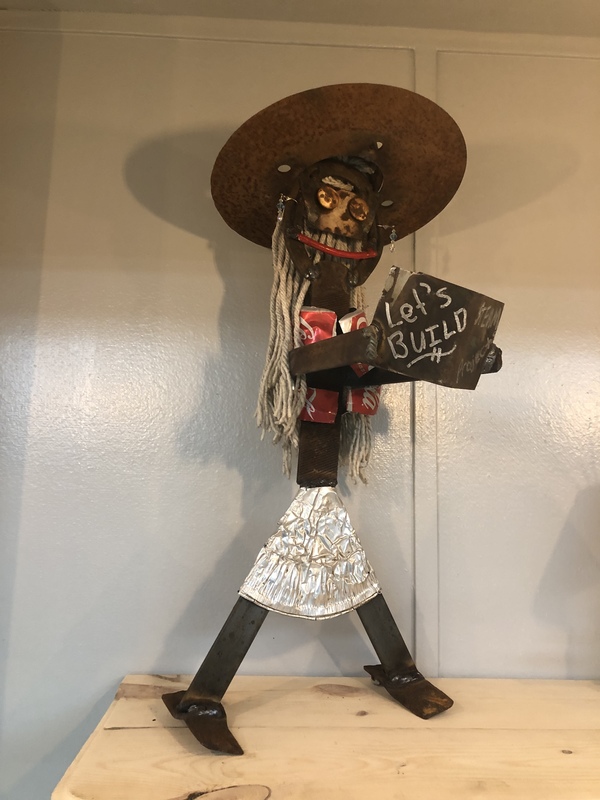 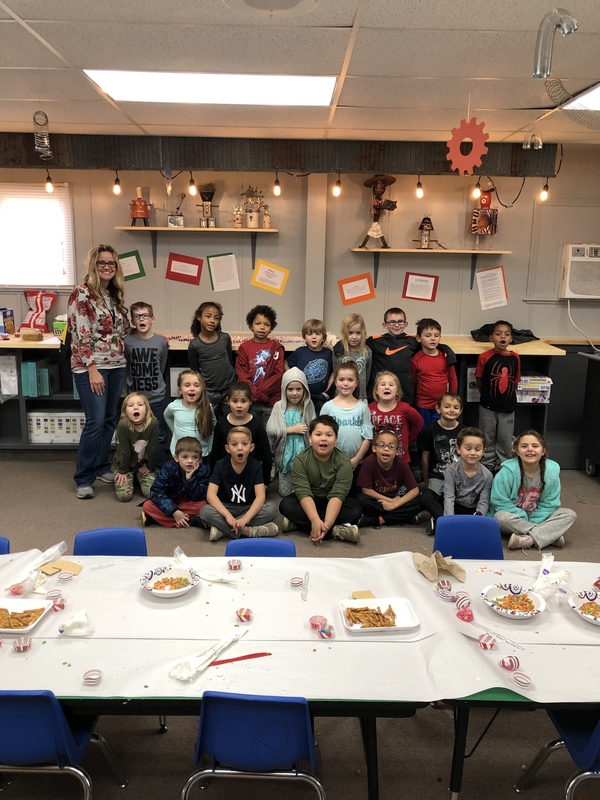 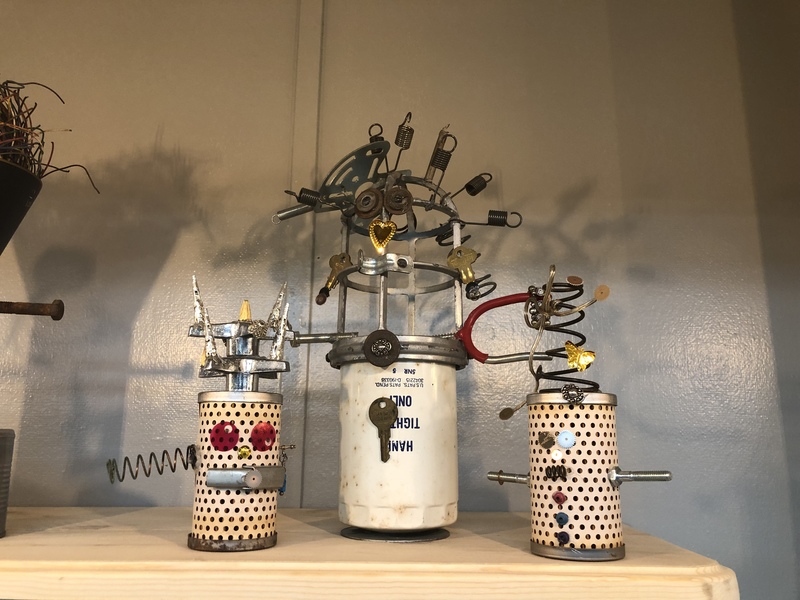 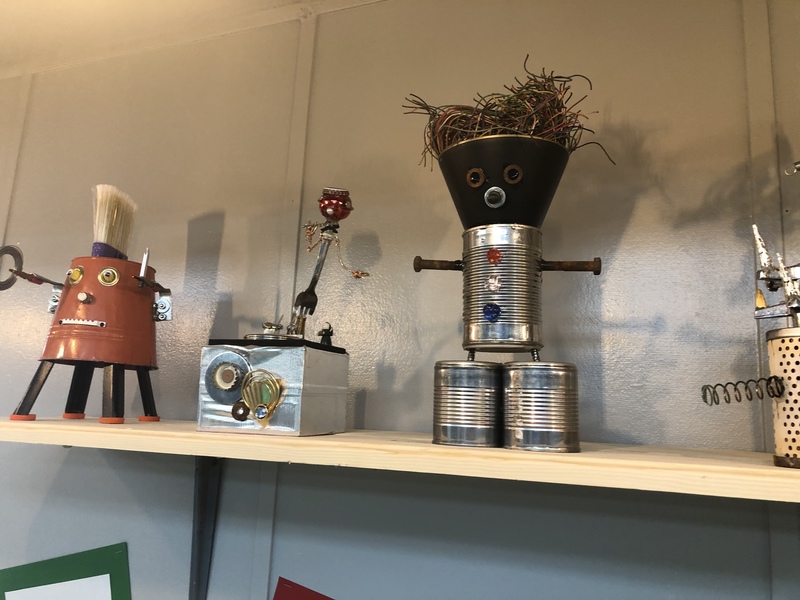 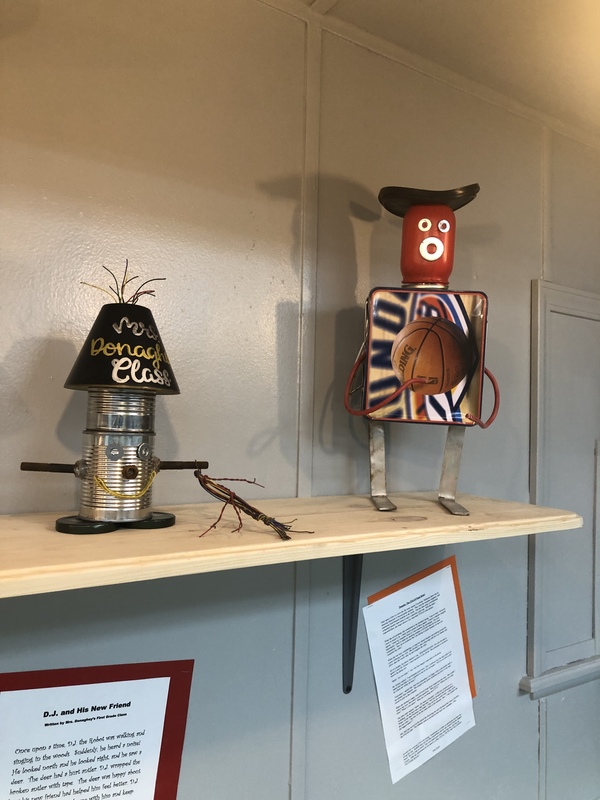 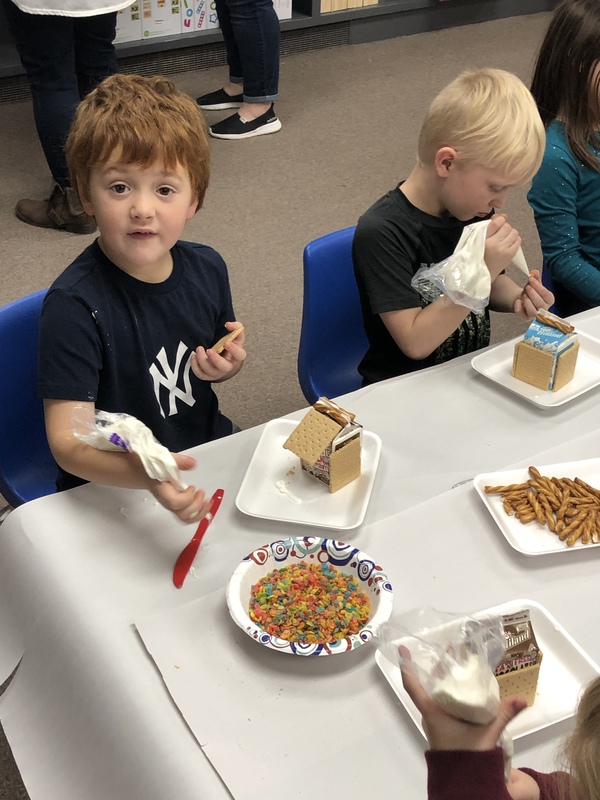 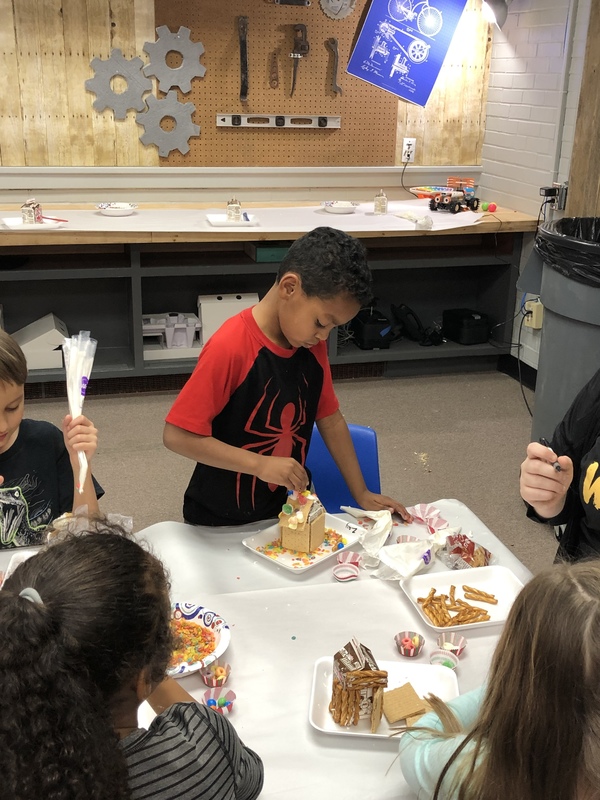 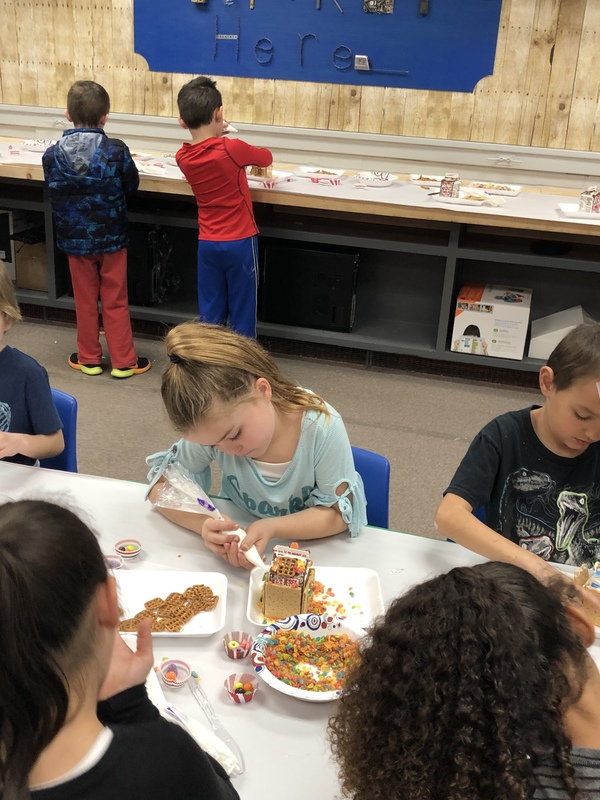 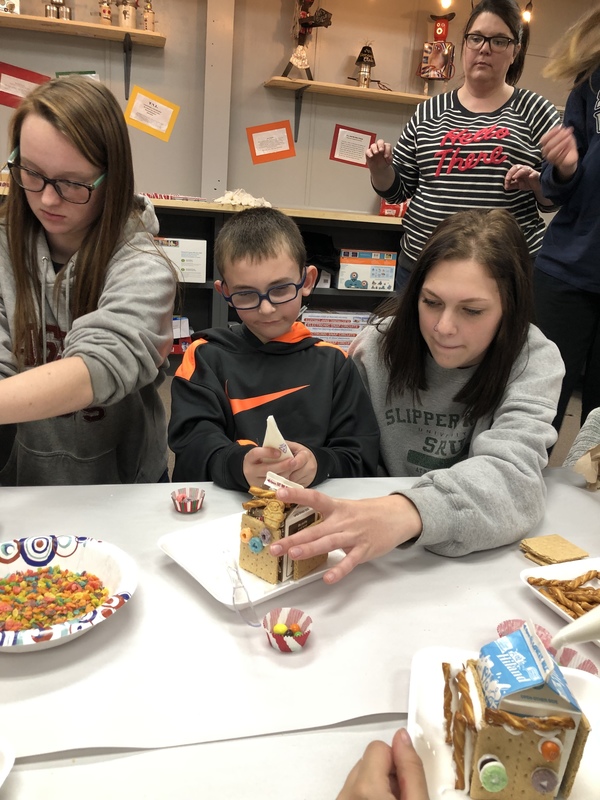 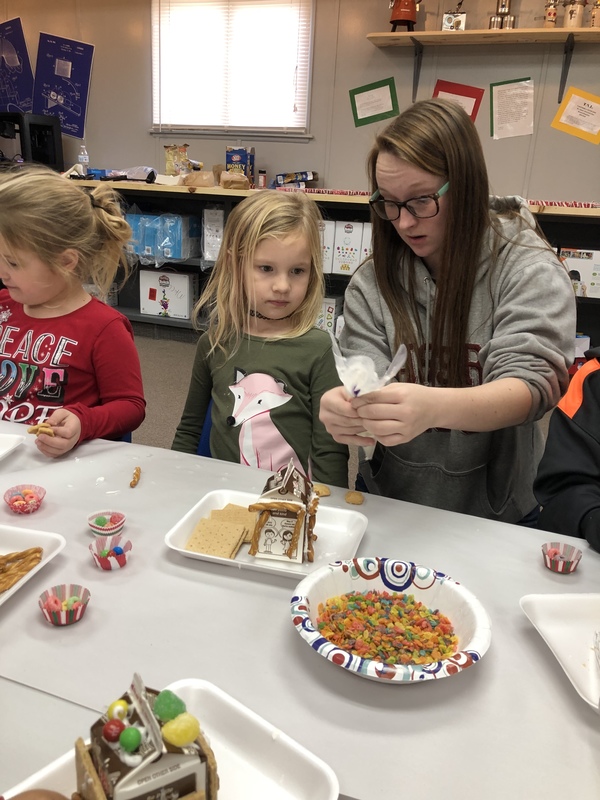 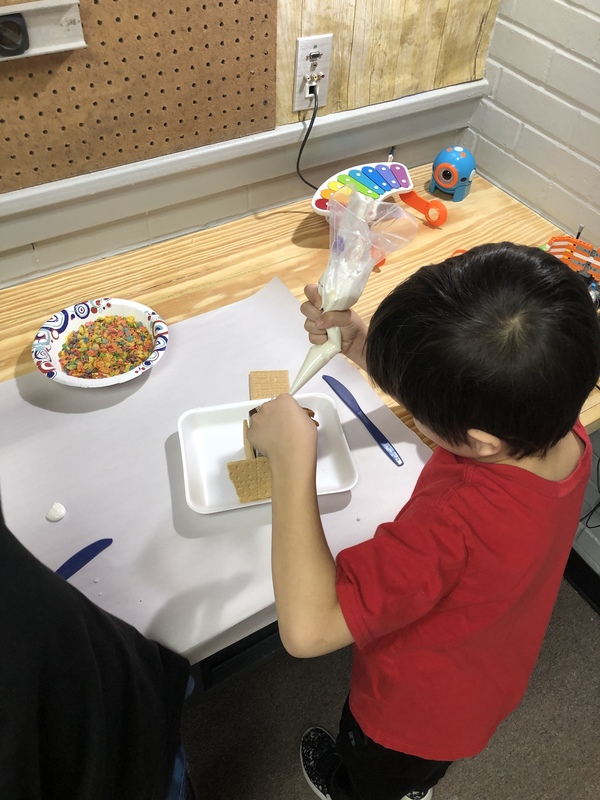 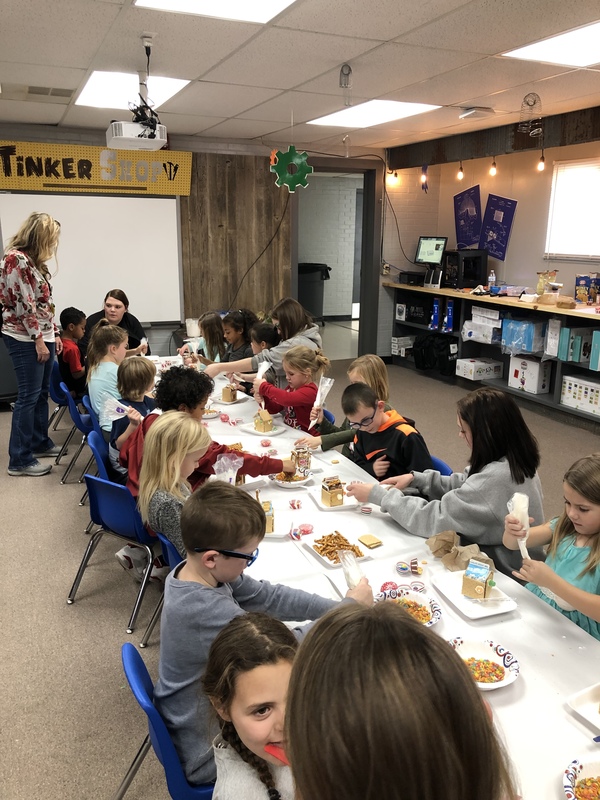